The MPPL App is currently offline

The MPPL app is offline. We are actively investigating the issue.

One Shot vs. Jack Reacher

Both the book, One Shot, and the movie, Jack Reacher, are entertaining fast paced thrillers that will keep you glued to the page or the screen. But, for fans of the Lee Child series of Jack Reacher books, Tom Cruise does not make a very believable Jack Reacher, mainly because he’s way too short and not bulked up enough to fit the image fans of the book will have of this character. But he’s certainly cocky enough and if you haven’t read the books, you’ll enjoy his performance and will absolutely love Robert Duvall in the role of the gun shop owner, Martin Cash. Fans of the Jack Reacher books will most likely prefer the book over the movie, as I did, but the movie doesn’t disappoint so for a good escapist movie that’s sure to entertain, grab it next time you head over to the library.

Rumors and secrets abound in the twisted, magical world of Sophie, the sassy, self-deprecating young hat-maker who leaves her quiet life behind to unravel the complicated web of curses that have turned her into an old woman, rather prematurely. As beloved as the 1986 original by Diana Wynne Jones may be, all ages will fall under the spell the unforgettable characters in Sophie’s journey in the 2004 adaptation by director Hayao Miyazaki in the lush and colorful signature style of Studio Ghibli.

One of my favorite books is The Bridges of Madison County. The book gave a much more in-depth view of the relationship between Francesca and Robert, but the movie did a very good job of telling story as well. Of course, I will never read the book again without adding Meryl Streep and Clint Eastwood’s face to every page!!! Though for sure I wouldn’t mind if Robert Redford played the role of Robert.

Being a hopeless romantic, I could not help but add much more of my own emotions to every sentence of the book which made it that much more heartfelt. Even though the movie hit all the important parts of the story line, watching these two young adults fall in love against the wishes of a parent who wants nothing more than to keep her child safe leaves a lot less to the imagination. Whichever journey you would like to embark on, book or movie, you won’t be dissatisfied.

Hold on to your hats, as this book takes you not only through one journey but two. Pay attention as we rarely notice when people come into our lives who may change our future. Like many other movies, this one follows the book fairly well, but one cannot help but to read between the lines and allow our imaginations to soar, which is something that cannot be done when we sit in front of a screen.

I enjoyed the Wonder book over the movie because I felt the movie missed many important details from the book. The movie felt a bit incomplete to me because of this. The book brought out more emotions than the movie did.

The Fault in Our Stars

The movie was just beautiful from beginning to end. It is always nice to see a love story play out on the big screen. I fell in love with the characters and the ending still broke my heart in the same way that the book did.

Documentarian Lauren Greenfield offers a harrowing look into the lives of eating disorder patients receiving inpatient treatment in her documentary and photobook both titled Thin. As insightful as the documentary is, the photobook offers further interviews with both teens and adult women suffering from addiction and disordered eating. While it is a grim subject to cover, Greenfield’s photos and interviews display the full spectrum of emotions and challenges women face regarding their bodies and life as a woman. 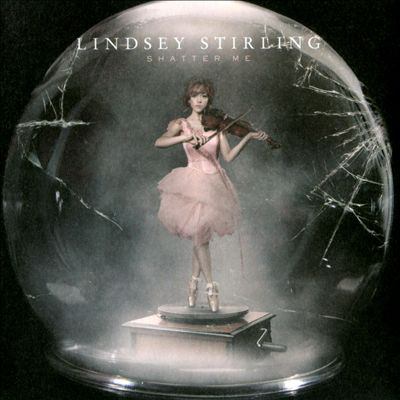 Have you ever wanted to listen to music and don’t know what to pick? Well, let me tell you about Lindsey Stirling’s latest CD, Shatter Me, It is filled with upbeat music that gears your appreciation of the ability that Stirling has with the violin. I invite you take a journey with Stirling as she takes you through beats and melodies that intertwine to create her one of a kind dubstep songs. Join the rollercoaster of sound that takes you from smooth classical sounding pieces to more dramatic high pitched “JAM TO THIS” numbers that just make you want to jump up and rock it! I leave you in good hands with Lindsey Stirling in hopes that you too become a fanatic of her rhythms and style.

Ready to explore the music scene in other countries? Take an audio visit to Bogotá, Colombia with the new album by Monsieur Periné: Hecho a Mano.  Inspired by the “gypsy jazz” of the 1930s, these young intrepid musicians have crafted a new sound, mixing latin classics and a jazzy swing to create suin a la colombiana, or “swing, Colombian style.”  A huge part of their charm is in the way they’ve switched up classic jazz instruments for those from a more Latin tradition.  Listen for the clarinet and accordion, but also the Charango, a string instrument from the Andes, among many others. This upbeat, 12-track album is a great addition to a party mix, or just for listening in the car. Be warned: you may find it difficult to keep from dancing…

Unwind is a dystopian thriller by Neal Shusterman that follows three teens on the run from a government that believes in “unwinding” and body harvesting. This all sounds great and fine on paper, but what happens when you’re the one that’s selected to be unwound? Risa, Connor, and Lev find out. Risa is a ward of the state without any parents and without an overwhelming talent in her selected field; she needs to be unwound to make room in an overcrowded home. Connor is a trouble maker and has always pushed the limits in school and at home. His parents cannot handle an unruly child any longer. Lev is a tithe. He was born and raised as a donation. What happens when they fight back? What happens when they don’t want to be unwound? What happens when they run? This is the first in a series of four. Although controversial in topic, this disturbing novel inspires deep thought about organ donation and one’s personal right to make decisions regarding his or her body

If you like this book, here are some other recommendations: The House of the Scorpion by Nancy Farmer, Little Brother by Cory Doctorow and Never Let Me Go by Kazou Ishiguro.

It’s the end of the school day and you’re excited to start the weekend.  But when you realize the bus driver has his own agenda…Follow the cheerleader, the loner, two brothers, and an army brat as they discover they have been kidnapped on their way home from school. Pick up Ransom by Lois Duncan today and enjoy the twist and turns of this fast moving book. From the bestselling author of I Know What You Did Last Summer, Lois Duncan will keep you wanting more.

If you like this, you may also like: Twisted by Laurie Anderson and Killing Mr. Griffin by Lois Duncan.